Not open to the public

One could certainly argue that Cayuse Vineyards has become the “most successful” winery in the valley. As a local tasting room manager from another winery mused – Cayuse boasts the most exclusive waiting list in the world. While not sure if that is completely accurate, I do know my brother has been on the waiting list for eight years now.

At the head of Cayuse is Christophe Baron who was born in the Champagne region of France. He studied viticulture in Champagne and Burgundy, but wanted to travel before entering the family business.  He landed a year-long internship at Waterbrook Winery in Walla Walla in 1993, then spent the next couple of years traveling and learning.

In April 1996 Christophe was traveling through Walla Walla on his way to purchase vineyard land in the Willamette Valley. He spotted an open field near the Oregon/Washington border that was chock full of softball-sized stones. That rocky soil reminded him of the cobblestones of the southern Rhône valley and Châteuneuf-du-Pape back in France.

He decided to call the new venture Cayuse Vineyards, named after a local Native American tribe whose name was derived from the French word “cailloux”—which means “stones.”  Cayuse consistently creates some of the most highly sought after Rhône-style wines produced in the U.S.

Of course Cayuse Vineyards would not be what it is today with Christophe alone. Cécile Randon is the Œnologue/Enologist, Elizabeth Bourcier is the Assistant Vigneronne, Trevor Dorlans is the General Manager along with a cast of supporting characters. Cayuse has also expanded with a couple of new wine ventures - Horsepower and No Girls. The wait lists are long for those as well. 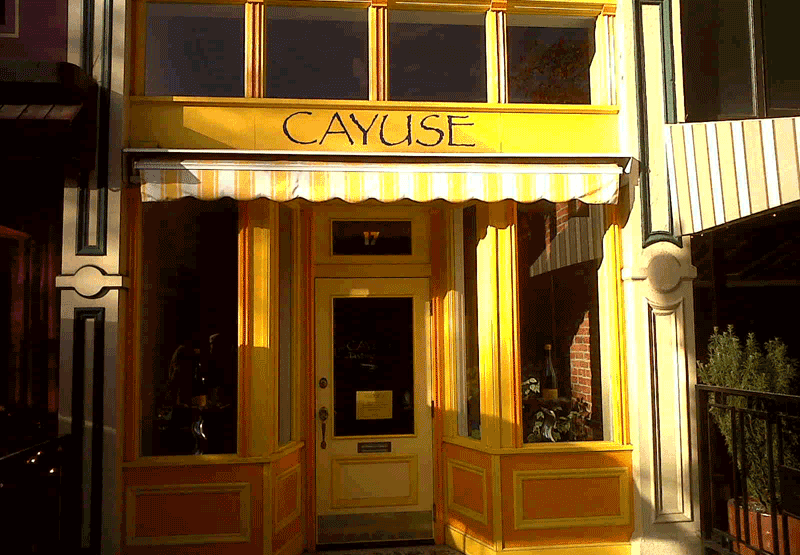