In 2006, Spencer Sievers started his wine career buying 1,200lbs of grapes and fermenting them in his apartment in Northwest Portland. With some experimentation and a passion for making terroir driven, fruit forward, vineyard and varietal specific wines, the El Corazon style was born. The next year, he moved back to Walla Walla. On his way to Kansas after El Corazon’s first crush, it hit Spencer (randomly, driving through a tunnel) to follow his heart. He picked up the phone and said to Raul, “El Corazon!” Raul said “Jefe, it’s 2AM, call me tomorrow,” and hung up. The next day, it all began.

Spencer’s interest in winemaking started in 2006, in an apartment in Northwest Portland. After meeting Raul the same year, the two decided to combine their love for Walla Walla Valley and fruit forward wines to start El Corazon Winery. When Spencer isn’t making wine and entertaining tasting room guests, he is spending time with his wife, Jen, and son, Tiger. Little known facts: Spencer once drove 50,000 miles on only vegetable oil and never reads fiction.

Raul, also known as ‘The Sexican,’ is the hardest working man in the game. He is a native of Michocan, Mexico, and developed his love for wine in the Walla Walla valley in the late 90’s. Spending many years working with various wineries, Raul has developed a refined and delicate palette especially specific to Walla Walla wines. He enjoys fishing and spending time with his kids, Brian and Brianna. 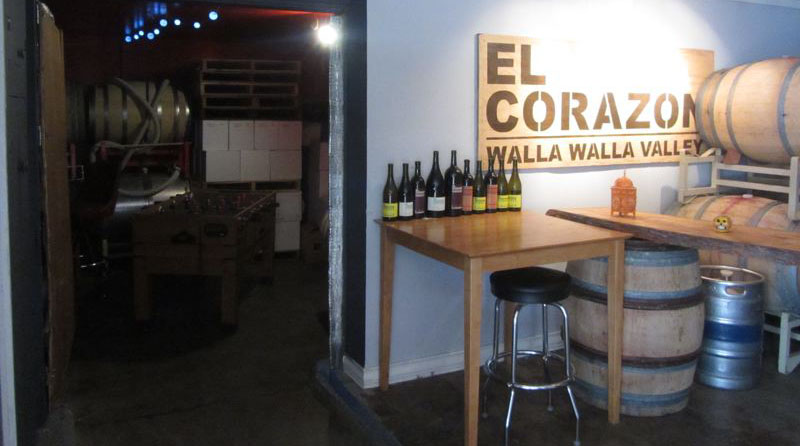