The winery was founded in 1998 on a small farm along the banks of Russell Creek. The wines were first made with a hand-operated wine press and five-gallon carboys. As business grew, Larry moved the winery to the Walla Walla airport, where several vacant hangars and bunkers used during World War II for Air Force training became an ideal location for several area wineries to produce and sell their wines.

Despite Russell Creek Winery’s success, its commitment to full-bodied, casually elegant wines has remained steadfast. As a result, accolades abound. Wine Spectator alone has honored more than 10 Russell Creek wines with scores of 90 or above. Eileen and Carl were equally impressed with the wines, and as Larry finished his story, the young couple—who had intended to go on to graduate school—sensed a change in their destiny.

When Larry remarked: “Now I only wish I could find someone to teach what I know about making wine and pass my business on to them,” the two jumped at the chance.

“We wanted to be those people,” Eileen says. “And here we are.”

After teaching as much as he could to Eileen and her now-fianc� Carl, Larry passed the torch and assumed the role of winemaker emeritus, which means he can travel while the young couple carry on his fine winemaking tradition. The story of Russell Creek Winery continues happily for Larry, Eileen, and Carl, and all who taste their wines. 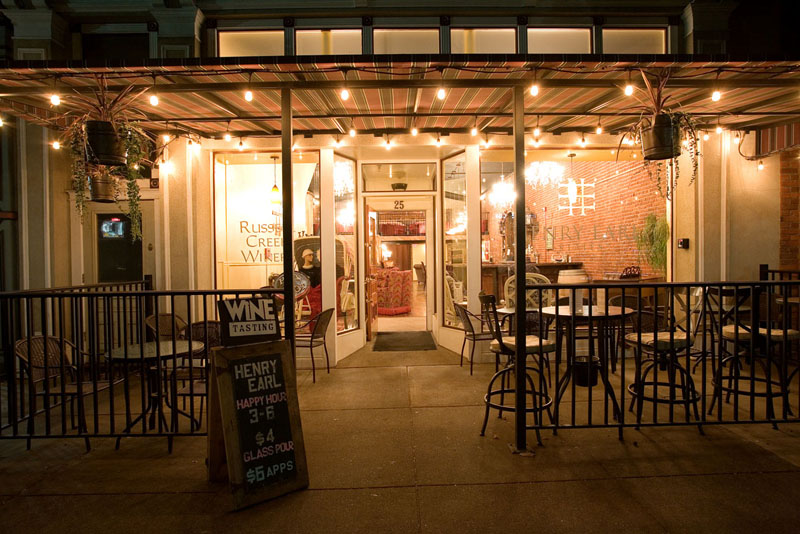