Located in the heart of Walla Walla, Washington, Seven Hills Winery is one of the region’s oldest and most respected wineries. As a fourth-generation farmer who worked alongside his father to plant the famed Seven Hills Vineyard, Founder Casey McClellan played an important role in the viticultural history of the Walla Walla Valley appellation (AVA). As a winemaker, Casey has guided Seven Hills Winery, creating wines that are benchmarks for excellence in the Northwest.

Since its founding in 1988, Seven Hills Winery has helped to champion the rich diversity of the region, and its potential for producing an array of stellar wines. It has also been part of many firsts for the appellation. In keeping with its focus on Bordeaux-varietal reds, it has bottled more vineyard-designate Cabernet Sauvignons and Merlots from the AVA than any other winery.

In addition to its influential role in Walla Walla Valley winemaking, Seven Hills has explored the promise of many of the Northwest’s other great appellations, building relationships with Washington’s finest winegrowers. As a result, Seven Hills works with renowned vineyards such as Klipsun, Ciel du Cheval, Melrose and Seven Hills Vineyard, sourcing fruit from the same coveted old-vine blocks and rows year after year.

Using these storied grapes, Seven Hills Winery has developed a style known for balancing structure and grace. With restrained oak, bright acidity and pure varietal flavors, these terroir-inspired wines are recognized as some of the finest coming out of the Northwest, and are among the great values of the North American wine world 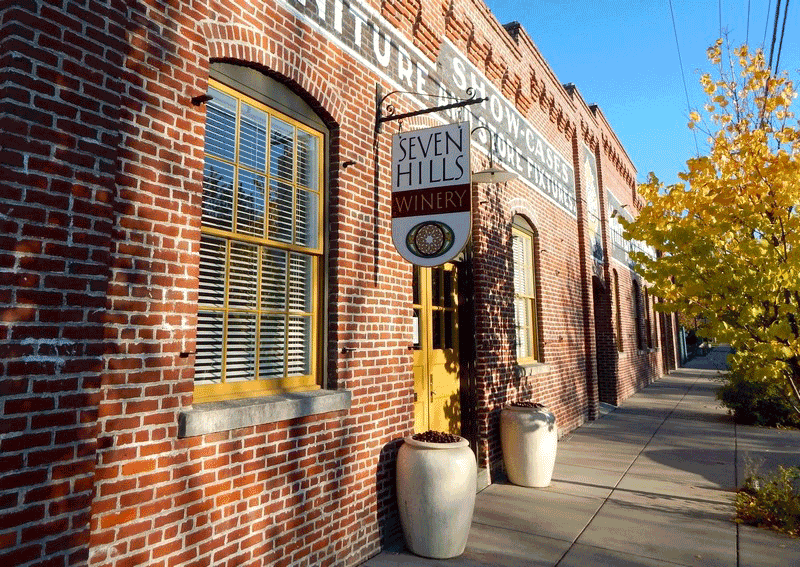