Steve and Lori Brooks, in their former lives as a journalists for CNN in Atlanta, got to know a thing or two about wine because they traveled and he drank it--all over the world. "I ate out a lot!" he said. "The highlight of any exhausting, miserably long work day was the quest for the best local food. Many a meal--with lots of local wine, if available--was shared with colleagues as we swapped stories of our past adventures."

"I've always associated those good times with food and drink. In short, I became a foodie."

Brooks realized, nearly twenty years into his life as a journalist, that he wasn't very happy. He was always on the road. Brooks and his family brainstormed for alternative lifestyles -- happy places. Some of the most appealing ventures involved food and wine.

After reading an inspiring New York Times article on winemaking in Eastern Washington, the Brooks family decided happiness was worth the risk of leaving life as they knew it in Atlanta behind to give the winemaking business a try. The family up and moved to remote wine hub of Walla Walla, Washington.

Five years later, when Brooks and his wife Lori (who still works for CNN) put their heads together to come up with a name for their new winery, the word came quickly. "When we sat down and thought about what we had done--" Brooks said, "--quitting our well-paying jobs, selling our house, taking the kids out of school and moving cross-country to a town where we didn't know anyone... and then on top of that starting a winery... Trust seemed like the perfect description." 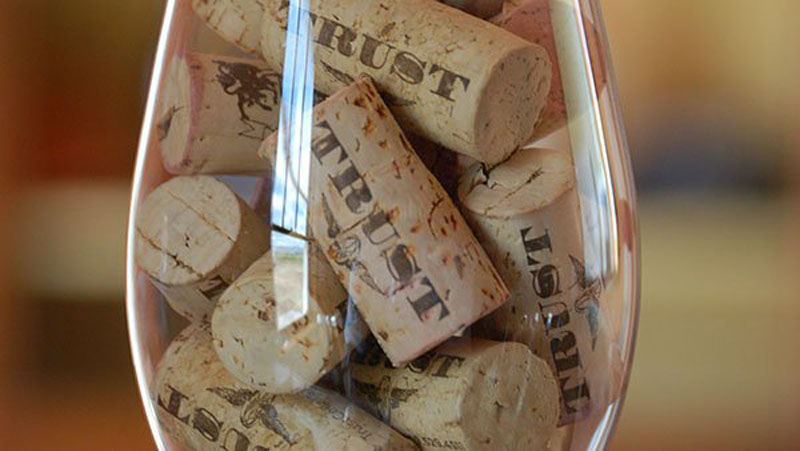