As Jamie Brown will gladly concede, his love and knowledge of making music has helped him become an intuitive winemaker. “Just as songwriting to me means anticipating a melody without changing its natural direction; winemaking entails appreciating what nature gives you in order to shape the way a wine is made.”

Being raised in Walla Walla, Washington, means the same to every graduating senior—time to move! Jamie was no different. He immediately began his pursuit of music, landing in Seattle in the midst of a wave of alternative sound (aka grunge). After opening and operating a successful music store, his clients became his teachers. Some of them paid with wine, very fine wine.

With a nose for great, ‘old world’ wines and a desire to learn more, Jamie was drawn back to the Walla Walla Valley to study the art of winemaking alongside winemakers such as Rusty Figgins (Glen Fiona), Eric Dunham (Dunham Cellars), and Jean François Pellet (Pepper Bridge, Amavi), before earning his first reviews as the winemaker at James Leigh Cellars.

Since its beginning, Jamie Brown’s talents have facilitated the successes of Waters Winery as well as its subsequent endeavors, 21 Grams and Wines of Substance, both collaborations with winemaker and Master Sommelier, Greg Harrington (Gramercy Cellars). As Jamie would attest, wine is indeed made in the vineyard. Jamie has overseen the development of Waters’ three estate vineyards and works closely with Waters’ partner vineyards.

Waters’ unique single vineyard Syrahs are a testament to Jamie’s appreciation for the unique expressions each vineyard and vintage bestows. 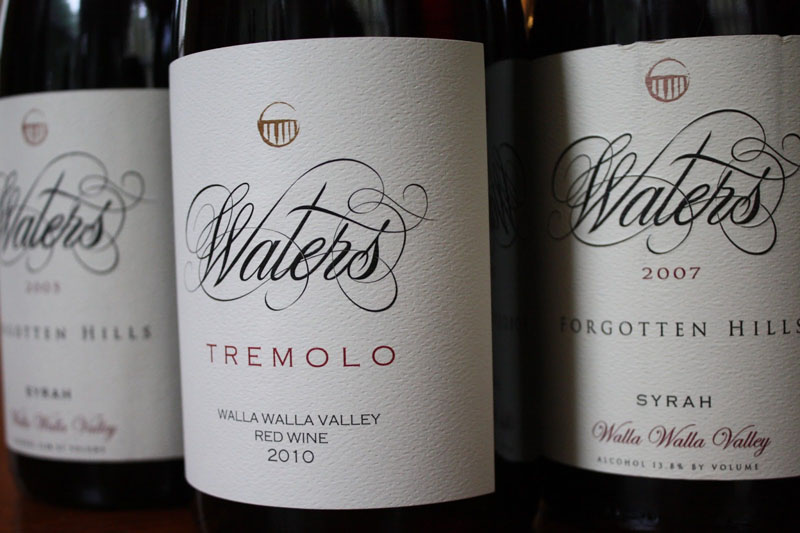