Jamie & Leigh Brown’s love affair with wine started when they met in 1993, while Jamie was a cook at the Sante Fe Café & a musician in Seattle & Leigh was attending art school at the University of Washington, while working as a fine dining waitress.

“I prepared a couple of gourmet meals for Leigh on our first few dates & we quickly realized it was an ideal way for us to spend quality time together exploring the culinary arts & wines that enhanced our experience”.

Their mutual interests provided a great opportunity to trade music for wine & Jamie & Leigh were exposed to truly great wines from a variety of regions around the world for the first time. In 1998 Jamie & Leigh decided they wanted to start a family & reside & in a smaller, more rural, community. Jamie’s original hometown of Walla Walla, Wa, set at the base of the Blue Mountains in Eastern Washington, & it’s growing wine community seemed an obvious choice.

Arriving in Walla Walla in the summer of 1998, Jamie & Leigh were reunited with many of Jamie’s old high school friends that had already endeavored into the wine business including, Rusty Figgins of Glen Fiona. Rusty gave Jamie his first wine job as a cellar worker for Glen Fiona at the old Chateau Gallant in Burbank, WA & the wheels were in motion. Through another family friend, Jamie & Leigh were introduced to Eric Dunham, winemaker & owner of Dunham Cellars. Their mutual interests in art, music, food & wine laid an immediate foundation for a close friendship.

While Eric was leaving his position as assistant winemaker at LeCole 41 winery to open his own facility, he also helped Jamie & Leigh start making wine on their own & encouraged their interests in the wine business. In their quest to gain experience & start their own winery Jamie has worked production at Pepperbridge Winery & Colvin Vineyards in addition to Dunham Cellars & Glen Fiona, while Leigh worked in marketing for Waterbrook & Reininger Wineries. 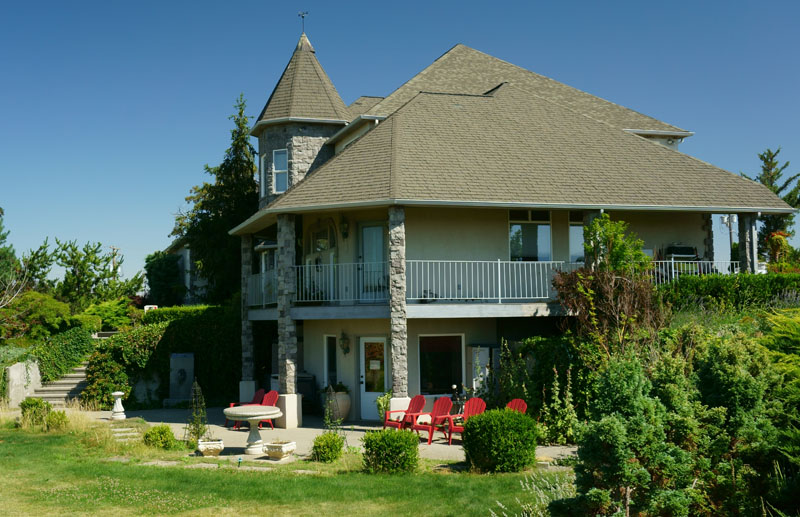