David Huse retired in 1999 and soon found that he needed something to occupy his time. He had always enjoyed wine and so he began helping out at another winery. After helping there, David was hooked. In 2000 he decided to start a small winery to keep him busy.

The first vintage consisted of 120 cases of Cabernet Sauvignon. In 2001, production increased, doubling the Cabernet and adding the same amount of Merlot. The 2000 Cabernet was bottled, and David began to realize they needed their own space.

In August 2002, remodeling began at the current site. In September, the first crush occurred at the winery, and everything was moved in. Production increased during this time, as David’s son, Matt, was taking over as winemaker. While adding a small amount of Syrah, they made approximately 1450 cases.

The tasting room opened in December 2002 for the Barrel Tasting weekend, and the 2000 Cabernet Sauvignon was released. The release was a huge success and the first vintage sold out in no time.

For 2003, the production was doubled again. David has since turned over the wine making and other day-to-day duties to Matt. David now concentrates on marketing and distribution of Five Star wines.

Five Star Cellars continues to be a family run business. David and Matt’s wives, Sandy and Traci, help with the office side of the business. Traci also does the merchandising, and handles some of the Wine Club management. During the Spring Release and Barrel Tasting weekends, extra family members are on hand to help keep everything running smoothly. 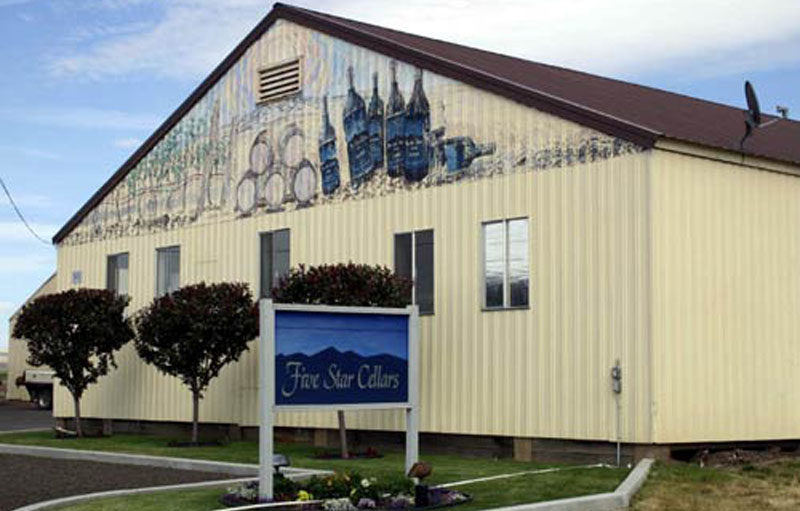